Leadership in the Face of Fire 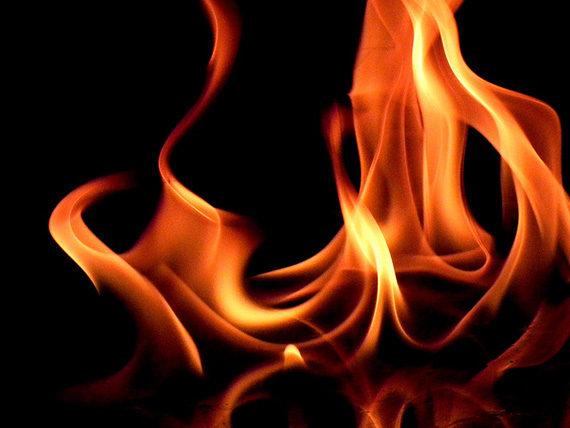 In national political circles, he’s known as a “rising star” in the Democratic Party, a “transformative figure” in local politics in Newark, New Jersey.  He is clearly credentialed – a B.A. and M. A. from Stanford University, a B. A. in Modern History at Oxford University as a Rhodes Scholar, and a law degree from Yale University. As a former All-American football player, Mayor Corey Booker has been known to carry groceries for elderly citizens, shovel snow during a major snow storm in the city, and chase down bank robbers. But on the evening of April 13th, the second-term Mayor of Newark summoned more than his academic prowess and penchant for doing good deeds, when he raced into a burning home to rescue his neighbor.

News accounts of the fire described the Mayor as coming home that evening and noticing his neighbor’s home in flames.  After being cautioned by a member of his police detail that he could not go in, because it was too dangerous, the Mayor noted that “she will die, if we don’t go in!” Making the decision to go in, he rushed into the fire-engulfed home, ran up the stairs into the pitch black living room, where there was floor to ceiling smoke with temperatures ranging between 150 – 200 degrees Fahrenheit.  After hearing his neighbor scream, he ran through the burning kitchen.  He put her on his shoulder and ran back through the flames in the kitchen to get her outside to safety. Subsequent news broadcast noted that his neighbor was hospitalized with second degree burns on her back, while the Mayor suffered burns to his hands.

When I heard of the heroic efforts of Mayor Booker, I began to wonder what was racing through the Mayor’s head when he made the decision to rush into his neighbor’s burning home.  When I reviewed the series of events that led to him being called “Super Mayor,” by on lookers, I came up with the following observations about his leadership qualities.

First, in the face of fire, the Mayor acted on his instinct.  Although he was made aware of the dangers of going into the burning building, factors such as the intensity of the flame, blinding smoke and potential injury did not deter him. Intuitively, he placed the safety of his neighbor above the general need that most of us have to put our individual safety first.  In a split second, he went from “Spectator” to “Rescuer.” Notice, the Mayor felt an urgency that he needed to act.

Leadership Reflection:  In times of emergencies, leaders generally forego making a formal matrix-type or “Six Sigma only” decision. Instead, they summon the ability to draw not only on their technical skills, but they heavily rely and trust their intuition. Perhaps by remembering their past successes, they choose to act based on a “gut feeling,” and not solely on logic.

Second, individuals, who allow their values and beliefs to anchor their behavior, can oftentimes find the physical strength and the mental focus to overcome the most challenging obstacles.  I concluded that in those brief moments before entering into the burning house, the Mayor was “singularly focused” on saving his neighbor’s life.  His remark, “she will die, if we don’t go in,” suggests that he was able to quickly process the consequences of what could happen if he failed to help.  The Mayor, therefore, was able to mentally manage, and perhaps compartmentalize, the severity of the obstacles he could confront.

Leadership Reflection:  Leaders, who have a keen sense of discipline and clarity regarding what they value, are able to marshal the extreme courage necessary to look fear directly in the eye and “push forward.”

Third, when you act from a place of authenticity, your true intentions are generally revealed. Local reporters in Newark would be the first to tell you that the Mayor has a history of extending himself to the citizens of the City. He has been caught on video shoveling snow from the streets and helping senior with their groceries.  Many who have looked at these actions could conclude   that these “boy scout-like” acts were staged for political purposes.  However, characterizing the Mayor’s spontaneous running into a burning building at night, as a “staged act” in order to get political recognition, especially given the risks, seems somewhat remote. Thus, it is easy to see why the people of Newark, feel as if the “Super Mayor” possesses “heroic” qualities.

Leadership Reflection:  When leaders consistently act from a place of authenticity, their acts of courage and bravery begin to gain traction with their citizens, employees, or team.

When I think of Mayor Booker running into a burning home, I also began to think of similar acts of leadership and courage.  For example, I recalled the “Miracle on the Hudson” in January 2009.  As a result of the quick thinking and decisive action taken by Captain Chelsey Sullenberger and his crew, lives of 155 US Airways passengers were saved.

Captain Sully, as he is affectionately known, was able to combine his 42 years of aviation skill with his “instinctive-driven” focus to make an amazing emergency water landing in New York City’s frigid Hudson River. In recalling the sequence of events, Captain Sully stated that he immediately followed protocol and asked his First Officer for the control of the aircraft by saying “my aircraft.” Once he became solely responsible for the airplane and realized that he could not correct the lack of thrust, he focused on solving the problem before him. He noted that “my focus at that point was so intensely on the landing,” he said. “I thought of nothing else.”

In both instances, I believe Mayor Booker and Captain Scully had clear perspectives of their leadership roles and their responsibility for solving the problem they each confronted.  By demonstrating incredible focus and relying on their history of being successful problem solvers, both individuals acted from a “heroic” place of authenticity – a disciplined mind and an intuitive heart.

I am interested in your thoughts. What recent circumstance can you recall where you acted or made decisions based on your “heart and head?” What was the result?