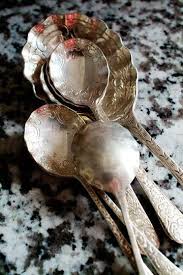 The month of May has been unkind to two powerful U. S. brands.  Easily recognizable, the brands of the U.S. Secret Service and Facebook have had their share of negative publicity. For the U.S. Secret Service, it all began with, what some may refer to as a few inebriated agents engaging in indiscretions in Cartagena, Columbia – a “mere dispute over payment for services rendered.” For Facebook, the brouhaha surrounded its much anticipated, but botched $100 Billion IPO. I believe that these two recent high-profile events represent more than just a PR nightmare. The brands of both the U.S. Secret Service and Facebook have been tarnished.

When I think of The Secret Service, images of well-groomed, precision-oriented thinkers, wearing standard-issued black Rayban sunglasses come to mind. With ear piece intact, I see disciplined individuals intently watching the crowds, while simultaneously tracking each movement of the President.  They are singularly focused on accomplishing the organization’s mission – a brand built on being “Worthy of Trust and Confidence” in protecting the POTUS.

My thoughts regarding Facebook, however, are more fluid.  When I think of the social networking service, I see more than 900 million diverse users worldwide engaging in some sort of “facebooking” activity. Whether individuals are creating personal profiles, disclosing interests, linking, posting, poking or tagging others, I see Facebook account holders “connecting and creating communities” on a social media platform moored in transparency.

As I heard more about the number of agents who were being investigated for possible wrongdoing in Cartagena and the potential law suits flowing from the Facebook IPO fiasco, I became curious. What causes leaders, employees or stakeholders within organizations to engage in actions that cannibalize the very thing that anchors the entity’s brand? Similarly, what is needed to restore public trust in these brands?

On its website, The Secret Service identifies its five (5) core values as Justice, Duty, Courage, Honesty and Loyalty. The organization further states that its agents are held to the highest standards of personal and professional integrity as they perform duties involving protection of the POTUS and his family,  visiting heads of states, and the nation’s currency. These factors notwithstanding, D. B. Grady in his article, “The Real Danger of the Secret Service Prostitution Scandal” noted that investigation into activities of the U.S. Secret Service was less about the solicitation of prostitutions. Instead, Grady asserted that what had occurred in Cartagena was a result of the U.S. Secret Service becoming “a victim to complacency.” The agency had failed to have its agents adhere or reinforce its core values. Grady further contended that due to the fast paced environment that the agency had functioned under for more than a decade, the U.S. Secret Service had become “frayed around the edges.”

When I looked at the various explanations or excuses surrounding the Facebook IPO, I noticed that it would be easy to view the technical error with Nasdaq, which delayed trading for 25 minutes, as a failure to manage all of the “pesky details” associated with ensuring that traders’ orders were completed. However, what about allegations that Facebook CEO, Mark Zuckerberg, and a lead underwriter with Morgan Stanley had potentially concealed negative information from investors during the marketing process? Could Facebook also have been a victim of complacency when it focused less on ensuring that its IPO process was transparent?

Leadership Reflection: Whether we are a federal agency like the U.S. Secret Service or a publicly traded Company like Facebook, we each have an organizational or professional brand that we should vigorously protect. Since our brand serves as our differentiator at our places of work or within our industries, there is little room to be complacent when our brands are impacted by a crisis.

Leaders within the U.S. Secret Service and Facebook, therefore, I believe should immediately admit that an error was made and begin a campaign that explains to their constituencies what actions are being taken to correct any mistakes that were made. The overreaching goal is to rebuild the public’s confidence in their organizations by using multiple social media platforms to acknowledge the problem and engage the public by keeping them informed about corrective actions taken. In circumstances where an entity’s brand has been diminished, effective leaders engage in strategic decision making and actions that ensure their audience that the experiences of trust that they have come to expect from the organization are being rebuilt on firmer footing.

Leadership Reflection: The brand of an organization should be in alignment with the core values of the organization. Similarly, our professional brands should reflect what we say we believe and value.

High-impact leaders, therefore, understand the importance of the power behind their organization’s brand and their own leadership image. They are pro-active and get “in front” of the crisis by creating their own narrative of what has occurred and how the challenge is being resolved. They don’t allow others to write their “stories.” In such instances, leaders begin the process of rehabilitating their brands by reminding the public, employees or key stakeholders the strengths of their brand, as evidenced by past successes and achievements. By doing so they are able to leverage the “goodwill” of their perceived strengths to assist them in getting through the “rough patch.” They are not complacent.

I am interested in your thoughts. For those of us who are responsible for rebuilding our organization’s brand or our own brand images, what strategies can we use to re-invigorate our approach when our brand has been tarnished?